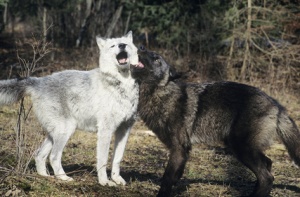 Lists keep me from rambling, and I tend to be less coherent when I ramble, so here are ten facts about Steve and Gareth.  Also this post wasn’t going to write itself, so I decided a list would help me finish the silly blog post. =)

1. The wolves are secretly musically gifted.  Steve plays the violin and Gareth the guitar.  They only share their music with each other, and occasionally Ivy.   When Ivy suffered nightmares after her ordeal, Steve played his violin quite a bit for her.

2. They have known each other for a very, very long time. In fact, their parents were very close to each other.  Their fathers were alpha’s of their own shifter packs that often worked together.

3. The two men were in the military together serving in a special ops unit that Steve had command of.

5. Gareth fought Steve for Dominance when they started their misfit pack under the guise of the Blackbird Security Firm.  He finally decided they were better together and accepted Steve’s bite to settle his wolf down.

6. Gareth prefers sleeping in wolf form.  He claims to have better dreams that way.

7. Steve takes his coffee black, usually.  Gareth likes a little sugar and cream in his.

8. They eat…a lot, particularly a lot of steak.

9. Steve drives an Aston Martin, and Gareth a Range Rover.  Gareth has his eyes on a sweet motorcycle though.

10. They tried finding individual mates, and it…didn’t go so well. It took them a few years to realize they worked better as a unit and they needed to find a third person to join them to complete their relationship.