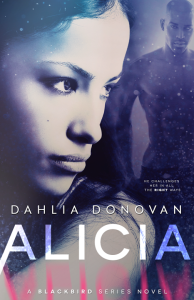 I thought as a little teaser for Alicia which is coming out on April 15th, I’d share an excerpt:

‘My little daughter—soiled and spoiled forever.’

‘How could you break my heart? What would Amin have said to see you brought so low? And for what? I don’t think I know you any longer.’

‘We must protect the family name.’

Her mother Amelle’s words still reverberated in Alicia Lowe’s ears months after they’d been uttered. It was a shower of sharpened knives constantly pricking at her conscious. She had, in a moment of weakness, confessed the possibility of her being pregnant to her mother and stepfather. Her traditionalist Moroccan mother hadn’t handled the news well, and even though they knew it had been nothing more than a false alarm, she continued to ignore her daughter.

Alicia had never been happier to see the start of a new year considering the turmoil 2013 had been for not only her family, but also for her closest friend in the world, Ivy. They all deserved a quiet, peaceful year; whether they’d get one was another story. She’d trade all of her presents at the moment for her mother to forgive her minor indiscretions.

The worst of it was it felt highly out of character for her mother. Amelle was certainly conservative in her values, but she had never forced it on her daughter. She’d accepted the men Alicia had dated in the past and even seemed to enjoy the varied friends in her daughter’s life.

The change had driven a wedge between their small family which was pushed wider by her sodding stepsister, Fawn, taking full advantage. She loved her stepfather, Gavin, who worked as an executive chef at a premier London restaurant; he’d been brilliant when he married her widowed mother. Fawn, on the other hand, had no ambitions, no goals and mostly lived to enjoy the wealth of her father and the Kader family wealth.

While Alicia didn’t necessarily need a career, she’d spent her life watching all of the men in her family work incredibly hard every day. She hadn’t wanted to simply enjoy the fruits of their labours. She’d dedicated herself to studying tirelessly at university and afterward building her business as a stylist and fashion show organizer.

Since her father Amin had died when Alicia was one year old, the family businesses had been run first by her grandfather, and then passed on to her uncle, Tarek Alim Kader. He kept a tight rein on their immense fortune, ensuring someone like Fawn couldn’t simply burn through money with no restraint. It was yet one more thing which caused drama between the sisters.

“No, no, no,” Alicia grumbled when a knock at the door interrupted her thoughts. Her voice was too low to be heard. “Bugger off.”

She ran her fingers through her silky, raven-coloured hair to smooth out the tangles and paused to wipe a smudge off her arm. She looked particularly golden after spending a few days in her native Morocco under the bright sun. Her normally honeyed complexion had gained the slightest of tans.

The absolute last thing Alicia needed on a Friday after a week which had been a borderline disaster was a knock on the door at eight in the evening. It couldn’t be Ivy since she’d swanned off with her delicious men. The stranger persisted in ringing the bell giving her no choice but to wander over and remark, ‘I’m not interested,’ before even glancing at who was disturbing her.

“And I came all this way just for you.” Josh rested his arm high on the door frame, leaning toward her with his other hand out to stop the door she’d been in the process of closing. “Can I come in from the cold? You wouldn’t want me to catch a chill, would you?”

“No.” She scowled at him, not buying the chill story for a second.

“I brought cake.” He pulled a small package from behind his back. “One slice, we’ll have to share. You enjoy sharing, don’t you?”

“Indeed.” Alicia stepped to the side to allow him into her living room. She rubbed her hands along her arms to warm up as the frigid air swept into the room with Josh. “It’s freezing.”

“I could…” Josh stopped himself mid-sentence. Alicia wondered what the rest of his statement would’ve been. He sat across from her in her living room and got straight to the point. “Do I stand a chance? Any at all?”

Several days before the twenty-fifth of December, Alicia had discovered Josh was playing Father Christmas, leaving sweet presents on her doorstep anonymously. She’d tracked him down to his flat to thank him, only to get an eyeful of Josh turning himself into a large panther, a sleek, beautiful creature which was not normal.

Over multiple pots of tea, Alicia had asked her next-door neighbour and best friend, Ivy Langdon, every question she could think of. Ivy was the only other person she knew who had any connection to shifters since her two mates were occasionally four-legged creatures themselves–wolves, though not panthers. They, and Josh, were all a part of the Blackbird Security Firm, which she learned was more of a pack of shifters than simply a business.

Ivy’s two men, along with Josh, had been brought into their lives a little over a year ago after a terrorist attack in London. Neither Ivy nor Alicia had been the same ever since. Alicia had hoped things would start to calm down, but Josh’s sudden transformation had added another twist to her already-tilting world.

The trouble was it didn’t exactly stop her from finding Josh absolutely, deliciously gorgeous. He was wearing a lighter shirt under his jacket, which contrasted with the dark tones of his obsidian skin. Alicia’s own golden tones paled in comparison. He was the midnight sky, where she felt more like sunset.

His shirt stretched slightly over his muscled chest. Alicia longed to allow herself to sink into the strength of his embrace, but she couldn’t, not until she knew if the risks were worth the reward. Josh wasn’t like any of the other blokes in her life, furry alter-ego notwithstanding.

Her uncle Alim always cautioned her to observe carefully and move slowly—both in business and in life. Alicia thought it wise advice at the moment. She wished the tall, dark and handsome man in front of her wasn’t quite so tempting. It made her want to throw her concerns aside.

“See something you like?” Josh’s lips curved up into an inviting smile.

She’d never met a man with such luscious, full lips. Focus, Allie. Focus. “What sort of chance are you in search of, merely for the sake of argument?”

Josh reached across the coffee table separating them to take her hand in his. “I’ll greedily take whatever you give me.”

“You’re forgetting I watched you and Darren all but demolish the mince pies at the Christmas party. You had crumbs flying everywhere. What exactly do you call that?” Alicia had laughed her arse off with Ivy when the two men fought over the last pie.

“My delightfully roguish charm in action?”

“Show me again.” Alicia hastened to specify when his grin widened. “Your animal, and not the one below your waist.”

Getting slowly to his feet and releasing her hand, Josh shifted rather rapidly into his panther. Alicia hesitantly skirted around the coffee table over to where the magnificent beast stood, his tail swishing back and forth. His head cocked to the side as she approached him.

“Can you understand me?” Alicia paused to tell herself to stop being a coward and then continued forward to crouch in front of him. She reached a hand up to rest lightly on his fur, which felt velvety to the tips of her fingers. “You are gorgeous.”

Her compliment was rewarded by a nuzzle against her neck from the panther. Alicia wasn’t entirely certain how to process kneeling next to what should’ve been a vicious, wild animal. She’d lived in London most of her life and seen some wickedly bizarre things, particularly during uni when she’d spent too much time with Jezza at seedy pubs. A man turning into a large cat certainly beat anything she’d seen on pub crawls, though.

“This is beyond my ability to comprehend.” Alicia dug her fingers into the thick fur around his neck. “You know my mother has experienced two great loves in her life, my father and stepfather. I’ve dabbled in relationships and played with men, and they’ve played with me. Ivy claims most shifters mate for life. If that’s the case, why choose me? And what precisely does it mean for your ‘furry form’, as she calls it, to have picked me?”

The fur under the tips of her fingers slowly morphed and Alicia found her hand suddenly resting against the bare skin of Josh’s neck. His nose brushed against her jaw. It was more disconcerting to have the man so close than it had been when it was his feline form. She only had to tilt her head and their lips would touch. She still remembered their briefest of kisses before Christmas.

Still dreamed about the kiss—about how it sent off fireworks throughout her soul.

“Have dinner with me?”

“Tomorrow evening.” He nipped lightly at her jaw before bending forward enough so his lips met hers.  She swayed toward him when he pulled back, wanting to feel the shiver that went up her spine for a second time. “Dinner, just one dinner. If there’s no spark, I’ll sod off and leave you alone.”

“Might take more than one dinner for you to see the man beneath the muscle.” Josh flexed his arms then stood up, bringing her with him. “Laughter is not what I was going for, Allie.”

She laughed harder at the indignant look on his face. “You can pick me up at eight for a late supper the day after tomorrow.”

“My mother wants another go at me, and I promised Uncle Alim that I would attempt to reason with her.” Alicia wasn’t holding her breath. Her mother took stubbornness to a whole new level when it came to her daughter.

“Would you like me to slay the dragon for you?” Josh’s lips twitched, but he managed to keep the stern gleam in his eyes.

“Slay the dragon?” Alicia shook her head with another laugh, that time at her mother’s expense instead of Josh’s. “I’ve weathered her fire before, and I’m confident I can do it again. And you keep your slaying for bad men, like Rafael.”

Josh turned serious almost instantly. “What do you know about Rafael?”

“Alim has been watching him.” She found herself pitying anyone who crossed the suddenly intense, foreboding man in front of her. “Is he a danger?”

“Never you mind about Rafael. I slay dragons, remember? He’s just a rather well-funded one.” Josh looped an arm casually around her waist to bring her forward. He leaned down for another kiss. “I’ll see you for supper.”

“I can’t tell you a damn thing about Rafael.” He didn’t seem overly saddened by the fact. “You’ll have to wait for Ivy to gossip to you about it.”

“Hey, I’m a sensitive bloke; you might crush my tender feelings.” Josh teased her then gave one last brush of his lips against hers which had her leaning into his touch, wanting more before he headed for the door. “Good luck with your dragon.”

“You will not win points with my mother for calling her a dragon.” Alicia started to close the door on him.

“How about with her daughter?” 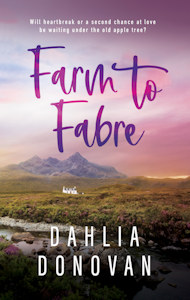