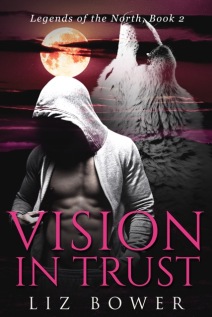 When Jessica Altenbury can no longer afford to live in London she has no choice but to move back to her family home of Altenchester. It’s not just her family that wait there for her though, as she is forced to face her past and the life she ran from.
Trying to put her old life behind her, all Jess wants is to help others, the way she wishes someone had been there to help her when she’d needed it. However her parents, and someone from her past she’d rather forget, have other plans for her.
If that wasn’t enough, she begins to suffer from visions of disturbing events she can’t explain. Visions that push her to spend time with the last man she wants to, Rob, her brother’s best friend.
Robert Morgan knows what it’s like to lose faith in those you should be able to trust. As he and Jess get to know each other his protective instincts kick in, but will Jess let him behind the walls she has built around her heart?
He believes her visions are the key to the mysterious attacks that almost killed her brother, but can Rob convince Jess of that, as well as protect her from events neither of them understand?

Vision in Love – Book one

1.When Matt and Emma meet for the first time at the museum.
2.Emma’s vision where she is wearing a wedding dress.
3.When Jess comes home drunk.
4.Matt and Emma exchanging gifts on Christmas Eve.
5.When Matt is in the graveyard and he sees his gran as a young woman.

6.Jess’s vision with the peacock.
7.Girls’ night out – where Vicky and James meet for the first time.
8.The night Jess and Rob play truth or lie.
9.Jess finally starts to open up to Rob.
10.After Jess is attacked.

Website I Facebook I Twitter I Goodreads I Amazon UK I Amazon US
Liz has lived in a lot of places but is originally from Lancashire, England, where most of her books are set.She started her writing career with an online course and is studying for a creative writing degree, so it was probably inevitable that she would write a novel.

When not writing, Liz can be found curled up with a cup of coffee and a book or walking her dog.