Let me set the scene.

I’m fifteen years old. My brother’s old water game is finally mine because he left home. It’s ancient, and I want the basketball out of it. 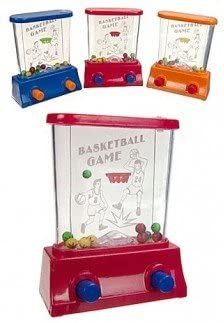 So I grab a mini screwdriver and begin to try to pry the little top part off. It’s old and has basically turned into concrete. I miss it entirely, cut my hand with the screwdriver, and proceed to panic.

I panic because I’m convinced I’m going to die of tetanus.

And then I faint, narrowly missing whacking my head against the wall and hitting the hard tile instead. This is also, incidentally, the best nap I’ve ever had. Seriously. My mom was shaking me to wake me up, and it felt like I was in the best sleep of my life.

It took a lot of effort to open my eyes.

It was the best nap ever. In retrospect, as an adult, I realize that was probably not a good sign, and my parents should definitely have taken me to the hospital. They didn’t. They were never super concerned about my health.

Anyway, so why you ask was I convinced I was going to die of tetanus?

That’s where the Cantonese drama comes in. We lived in Singapore at the time. I lived there from the ages of eight to eighteen. And every afternoon on TV, there would be a soap opera/drama type show.

This one, in particular, was Cantonese so I read the subtitles. It was set during wartime in Singapore.  I can’t remember the title. But at some point during the series, this woman, who’d been acting, as a nurse steps on a rusted nail, gets sick, and dies. Because, of course, she does.

I was a melodramatic teenager, and that terrified me.

Fun Fact: I still have a real fear of stepping on a rusted nail lol.

And that’s how a subtitled drama almost killed me lol.