Trigger Warning, this blog post talks openly and honestly (though not graphically) about abuse.

I can remember clearly the day my world tilted on its axis. Thirteen years old. It was the moment I remembered something awful from three years earlier. A memory hit me like a tidal wave of concrete, washing everything away and hardening in my heart.

Ten-year-old me had been naive. I was innocent. I had ruthlessly and subconsciously suppressed the moment it had all be shattered.

When I was ten years old, my sixteen-year-old brother came into my bedroom, locked the door, and pinned me to the bed. He touched me, forced me to touch him, and kissed me. I still have nightmares about it. The only thing that stopped him from going further was our thirteen-year-old brother knocking on my door.

He only ever spoke about it once at the time. He told me how wonderfully it was to have a sister to practice on. It’s a phrase that was etched into my mind and soul.

Though it took three years for what happened to sink in, the changes looking back were obvious. I went from a rather talkative and happy child to angry and quiet. I walked around with a clenched jaw for years, I stopped brushing my teeth, subconsciously, I think I believed it would prevent another incident.

He never did it again–at least not to me. My childhood up to that point hadn’t been idyllic by any stretch of the imagination, but I’d managed to remain bright, awkward, and innocent. He stole that from my world–for a long time.

After my sixteenth birthday, my mental and emotional state had progressively gotten worse and worse. I’d attempted suicide once already. I was desperate for someone to talk to, but knew my adoptive parents wouldn’t be anything close to helpful. They never were.

My adoptive parents were missionaries, so for most of my eighteen years with them, we lived outside of the US. One of the few times we were in the states, I spoke with a youth pastor about everything. He talked to the pastor (a kind, gentle man who had known me since I was two years old. He was heartbroken). They both encouraged me to tell my parents.

I tried to tell them. They’d only seen the ‘church’ front of my adoptive parents, never the not so pleasant side. But I decided to do it anyway.

My adoptive parents chose to argue about whether they should confront my brother or not. They never once offered comfort. They also insisted that I pray to God for forgiveness (as if I’d done something wrong). I hadn’t.

The pastor and youth pastor were horrified.   Nothing ever came of it, though. Everything went back to the way it had been. My adoptive parents still treated my brother like a member of the family. I was still forced to be around him, talk to him, wish him a happy birthday, etc..

I will be thirty-eight this year. I’ve had dark moments when I felt worthless, dirty, and damaged. My healing process has covered the gamut of ups and downs. But I’ve discovered I am worth of love and respect.

I’ve learned I am brave.

Here are a few lessons I’ve learned along the way:

If you or someone you love has suffered abuse, here’s a few links to check out: 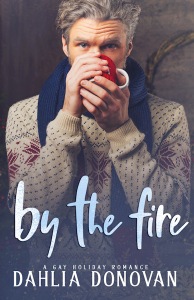 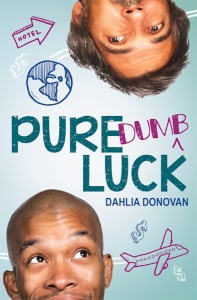